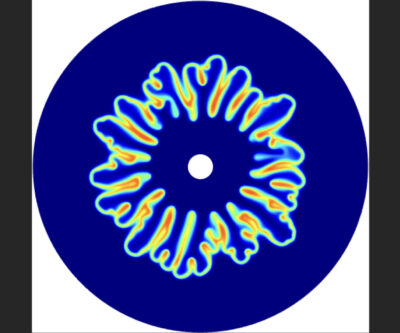 Dr. Manoranjan Mishra is a professor at the Department of Mathematics and Dean of Faculty Affairs and Administration at IIT Ropar, INDIA. He obtained his Ph. D from the Indian Institute of Science (IISc), Bangalore, in 2004. He did post-docs at the Institute Non-linear de Nice, University of Nice Sophia Antipolis, France, in 2005-2006, Postdocs at Université Libre de Bruxelles, Brussels, during 2006-2007. He was a recipient of the Humboldt fellowship from Alexander von Humboldt Foundation (AvH), Germany, during 2007-2008 and worked at University of Erlangen-Nurnberg, Germany, FRS-FNRS fellowship from Fonds de la Recherche Scientifique, Belgium, in 2008-2009 and worked at Université Libre de Bruxelles, Brussels. He received the JSPS (Japan Society of Promotional Science) Invitation Fellowship in 2015 and 2019, worked at Tokyo University of Agriculture and Technology, Tokyo. He is also Recipient of the Frontier Award of The Division of Fluid-Particle Processing of the Society of Chemical Engineers of Japan (2021). Dr. Mishra Worked as a visiting researcher at several international universities like ESPCI Paris Tech, France (2014), Tokyo University of Agriculture and Technology, Japan (2015, 2017, 2019), and National Chiao Tung University, Taiwan (2019). He is continuing as an Honorary Professor at the Institute of Global Innovation Research, Tokyo University of Agriculture and Technology, Tokyo, Japan. He is an elected fellow of the National Academy of Science, India (2021). His research area is Fluid Dynamics and Scientific Computing. He has published about 70 Research Papers in Journals (including Phys. Rev Letters, J. Fluid Mechanics, Phys Rev Fluids, Phys. Fluids, Phys. Rev E etc), 110+ conference presentations, and has h-Index 21, i10 Index-34. 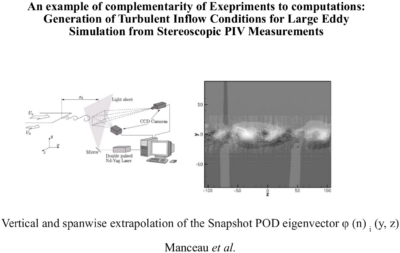 Jean-Paul Bonnet obtained his PhD from the University of Poitiers in 1975 and a State PhD in 1982. He was Director of the Laboratory of Aerodynamic Studies from 1995 to 2003, Vice-President of the Scientific Council of the University of Poitiers from 1998 to 2007, Director of the PPRIMME research federation in 2005 and Director of the Pprime Institute in 2010. Jean-Paul Bonnet is a laureate of the Berthault Prize of the Academy of Sciences and "Emeritus member - associate fellow 2008" 3AF. He has published more than 475 papers, communications, reports, has been editor or co-editor of six books, co-author of the book "Turbulence, Compressibility and High Speed Flow", author or co-author of 9 patents. He has supervised or co-supervised 30 theses. 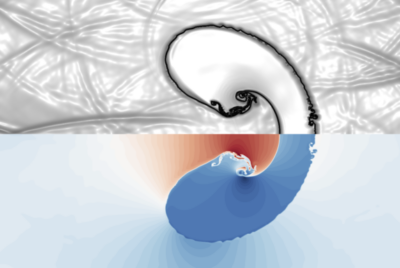 Esteban Ferrer is a professor of applied mathematics at the School of Aeronautics (ETSIAE-UPM). He obtained his Ph.D. by the University of Oxford (UK) and has 20 years of industrial and academic experience in developing numerical techniques for fluid problems. He works actively with industry and coordinates the two EU projects. His main interests include high-order methods for fluid dynamics, turbulence modelling, machine learning, aeroacoustics for aeronautics and wind energy. He has written more than 90 journal and conference papers on these topics. 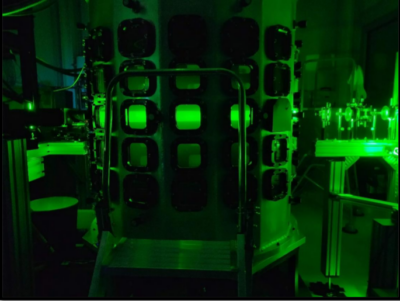 Optimization of a 4D-PTV metrology for the characterization of a turbulent flow at very small scales.

Esteban Ferrer is a professor of applied mathematics at the School of Aeronautics (ETSIAE-UPM). He obtained his Ph.D. by the University of Oxford (UK) and has 20 years of industrial and academic experience in developing numerical techniques for fluid problems. He works actively with industry and coordinates the two EU projects. His main interests include high-order methods for fluid dynamics, turbulence modelling, machine learning, aeroacoustics for aeronautics and wind energy. He has written more than 90 journal and conference papers on these topics. 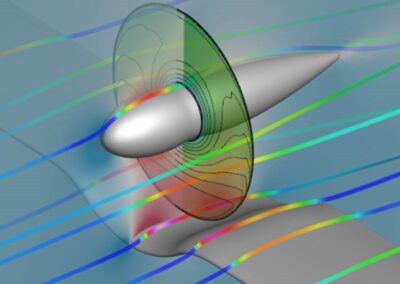 Some Development Trends in Aerothermodynamics of Flight Propulsion Systems

Pr. Dragan Kozulovic obtained his degree in Aerospace Engineering from the Technical University Braunschweig in 2002. From 2003 to 2008 he worked as research engineer in CFD development, turbulence and transition modelling at DLR Institute of Propulsion Technologies, Cologne, and in 2007 he was granted his PhD on transition modelling by the Ruhr-University Bochum. From 2008 to 2013 he had been Assistant Professor for Aerodynamics of Aircraft Engines at the Technical University Braunschweig. Thereafter, from 2013 to 2022, he held the Professorship for Aircraft Engines at Hamburg University of Applied Sciences. Since April 2022 Dragan Kozulovic is Professor and Head of the Institute of Jet Propulsion, at the University of the Bundeswehr Munich. His research interests cover turbomachinery aerodynamics, jet engine cycle and integration, as well as Computational Fluid Dynamics. 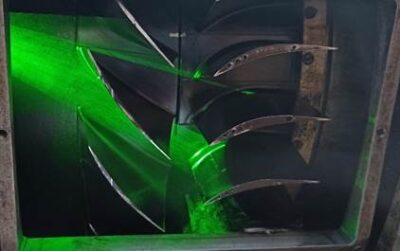 Pr Antoine Dazin obtained his PhD at Lille University in 2003. After a post-doc at CNES (2004-2006), he has been associate professor (2006-2016) and is currently full professor (2016-) at Arts et Metiers, Campus de Lille. He is in charge of the research thematic ‘Rotating flows’ at LMFL and his research activities is focusing on the internal flow behavior of pumps and compressors operating far from their design points. He is currently the scientific coordinator of a European Project on flow control in turbomachinery (aconit.ensam.eu) and has been involved in many collaborative projects with the spatial and aeronautical industry.

A quadratic Reynolds stress development for the turbulent Kolmogorov flow and comparison with the Channel flow: a DNS study

François Scmitt is CNRS Senior Researcher (Directeur de Recherche) at Laboratoire d’Océanologie et de Géosciences, Wimereux, France. He is President of the scientific council of the French CNRS-INSU programme LEFE since 2021 and head of the French national network of high-frequency coastal biogeochemical observation (SNO COAST HF) since 2019. He is the PI of the project MARCO (marine and littoral research in the Opal Coast), 5 organisms involved 8 laboratories and 200 members (2015-2021).

Dr. Jean-François Berret, Research Director at CNRS is a renowned scientist in soft-condensed matter and biophysics. He is member of the Matière et Systèmes Complexes lab since 2005 and has a strong experience in fundamental and applied research. Dr. Jean-François Berret is an alumnus of the Ecole Normale Supérieure ENS-ULM in Paris with a specialization in physics. He joined the Centre National de la Recherche Scientifique in 1983 at the age of 24, became CNRS research director in 1999 and was promoted to CNRS research director first class in 2011. He worked 4 years in the United States (2000 – 2004) for the Rhodia® company. His current research focuses on the development of soft matter nanotechnology, including new functional structures, devices and systems with stimuli-reactive features at the nano- and microscale. Its objectives are the applications of emerging nanotechnologies in medicine, biology and the environment. Applications include in vivo imaging and therapy tools, microfluidics and microrheology, and the study of living system-machine interfaces.